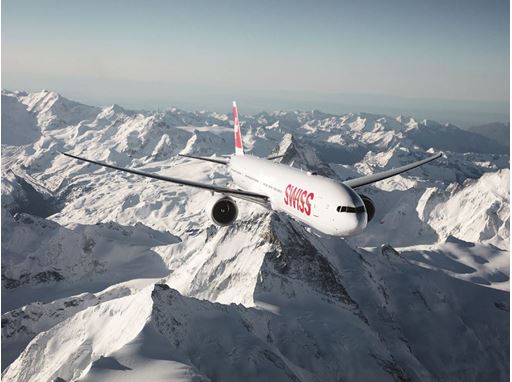 In view of the continuing global coronavirus pandemic and the resulting structural changes in its markets, SWISS has concluded that a restructuring of the company now seems unavoidable. In the medium-term future, the company expects to see a structural decline of 20 per cent in overall demand. In response to this, the SWISS aircraft fleet should now be downsized from its 2019 extent by a projected 15 per cent. With due regard to the workforce resizing via voluntary measures and natural staff turnover that has been under way since 2020, this would also entail a total workforce reduction of around 1,700 full-time positions or over 20 per cent. It could also entail forced dismissals for up to 780 ground and flying personnel. SWISS has now initiated a consultation procedure to find solutions that are as socially responsible as possible, in collaboration with its employees and its social partners. Despite the restructuring measures now taking shape, all the stipulations of the Swiss Confederation in connection with its bank loan guarantees would continue to be met. SWISS will also continue to pursue its premium positioning, maintain its operations from both Zurich and Geneva and ensure that Switzerland remains connected with the world.

One year on from the outbreak of the global coronavirus pandemic, air transport activities remain very subdued. The impact of COVID-19 on aviation has been far more substantial than was the case with previous exogenous shocks, and has shaken the industry to an unprecedented extent. Swiss International Air Lines (SWISS) also finds itself confronted with the greatest challenge it has faced in its corporate history. The company responded swiftly to the pandemic’s outbreak and initiated comprehensive cost-saving measures to counter the crisis and the growing threat to its liquidity (for further details please see the media release on SWISS’s 2021 first-quarter results of 29 April 2021).

In view of the continuing absence of any industry recovery, a restructuring of SWISS that extends beyond the cost-saving measures already initiated now appears inevitable. “It has grown increasingly clear that our market is undergoing structural change, and that despite the actions which we were swift to take in response, a restructuring of our company now sadly seems unavoidable,” says SWISS CEO Dieter Vranckx.

In the medium-term future, SWISS expects to see a structural decline of 20 per cent in overall demand. “With our new ‘reaCH’ strategic programme, we are aligning ourselves to the changed market situation,” Vranckx continues. “reaCH includes a corporate resizing and transformation that should achieve sustainable overall cost savings of some CHF 500 million. Our aim is to repay our bank loans as promptly as possible and to sustainably retain our competitive credentials and regain our ability to invest.”

Aircraft fleet likely to be downsized 15 per cent

The present SWISS fleet of 90 of its own aircraft and the transports of Helvetic Airways which operate SWISS services on SWISS’s behalf under wet-lease agreements will be resized in line with the decline in demand, and is likely to be reduced by 15 per cent from its 2019 size. As a result, the short- and medium-haul fleet would be downsized from 69 to 59 aircraft through the withdrawal of Airbus A320-family equipment and a reduction in the wet-lease operations. On the long-haul front SWISS plans to reduce its fleet from 31 to 26 aircraft, by withdrawing five of its long-haul Airbuses.

As a result of the declines in demand, frequencies are likely to be reduced from their 2019 levels on both short- and medium-haul and long-haul routes. In addition, services may not yet be restored at all on a few direct intercontinental routes. All these plans and proposals would continue to pay full regard to the Swiss Confederation’s proviso when guaranteeing the requisite bank loans, i.e. that SWISS’s flight programme should continue to be developed in proportion to the overall flight programme of the airlines of the Lufthansa Group.

Up to 780 employees could be affected

The envisaged downsizing of the SWISS aircraft fleet and the adoption of further measures would also have an impact on the size of the future SWISS workforce1. By the end of 2021, the company will already have reduced this by over 1,000 full-time equivalents (FTEs) through a combination of voluntary personnel measures and natural staff turnover. But a further downsizing now looks impossible to avoid. As part of the resizing planned, up to 780 employees (650 FTEs) could be affected: around 200 ground personnel, 60 at SWISS Technics, 400 cabin personnel and 120 cockpit personnel. The resulting overall elimination of some 1,700 FTEs would be a reduction of more than 20 per cent from the workforce’s 2019 level.

In view of the structural change that is now being seen in the market, this action would need to be taken regardless of any further extension of the present short-time working arrangements. “I immensely regret that, after so many years of success with such a great team, we now have to consider such a painful step,” says CEO Vranckx. “Unfortunately, the situation remains challenging in the extreme, and continues to demand rigorous cost discipline and efficiency. We are convinced, though, that with the restructuring we envisage, we would emerge from this crisis all the stronger and all the more able to return SWISS to sustainable success in the ‘New Normal’.”

The consultation procedure that has now been initiated in connection with the envisaged restructuring will see SWISS work with its social partners, its employees and their representatives to find further solutions which could keep the numbers of any forced dismissals required as low as possible and could ensure that any such dismissals were conducted with optimum regard to their social ramifications. This, too, would comply with the provisos under which the Swiss Confederation undertook to guarantee SWISS’s bank loans.

‘Sozialplan’ severance benefits plans are already in place for all SWISS personnel groups except its cockpit personnel. Since the present collective labour agreement for the company’s cockpit personnel includes protection from dismissal, a solution will now need to be found with the pilots’ AEROPERS association at the negotiating table to tackle the structural cockpit staffing surplus.

The consultation procedure and the subsequent evaluation phase are expected to be concluded by mid-June. SWISS will then communicate its corresponding decisions.

As The Airline of Switzerland, even after any restructuring and with a smaller aircraft fleet, SWISS will still operate a large part of its previous network and thus continue to perform its mission of meeting the air transport needs of the Swiss economy, the people of Switzerland and the Swiss tourism sector in line with the new demands. To these ends, SWISS also remains fully committed to its two Swiss operating locations of Hub Zurich and Geneva, and will continue to provide direct intercontinental air services that keep Switzerland connected with the world. SWISS’s premium positioning will also remain unchanged: the company will, for instance, continue to offer a First Class on all its long-haul flights.

The resizing and transformation envisaged under the reaCH programme also extend to an even stronger alignment of the SWISS business model to both sustainability considerations and structural change in the working world. This will centre in particular on steadily further modernizing the SWISS aircraft fleet, using sustainable aviation fuel and further developing and refining intermodal transport solutions. By adopting new work models and agile corporate structures, SWISS will also pay due and full regard to the structural changes in the working world; and the company will further continue to exploit all the new possibilities which are opened up by ever-growing digitalization.

Collaborations will also be intensified within the Lufthansa Group, with further synergies tapped. SWISS also aims to continue to strengthen its position within the Group by developing further competence centres, not least in the commercial area. And the already well-established collaboration with sister carrier Edelweiss will also be further pursued.