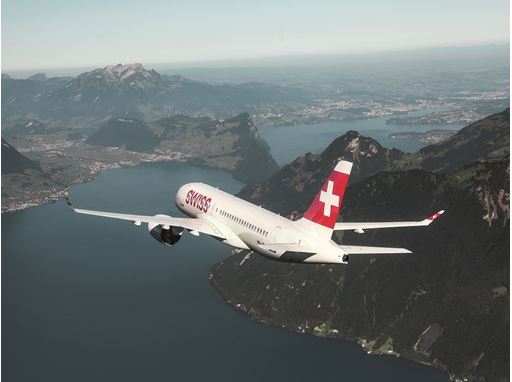 Despite comprehensive cost savings, SWISS incurred an operating loss of CHF -201 million for the first three months of 2021 (Q1 2020: CHF -84.1 million). As a result of the continuing extensive travel restrictions, SWISS’s total first-quarter revenues of CHF 299.6 million were 67.5 per cent down on their prior-year level. Demand for cargo services remained high, but could only slightly offset the passenger revenue decline. Despite the sizeable first-quarter loss, the company’s liquidity remains secured. In view of the medium-term structural decline in demand, however, SWISS must now consider a substantial resizing of its business and operations, to maintain its investment capability and its competitive credentials. The company is further demanding stable, unified and mobility-promoting parameters to help revive travel activities.

In the face of a still difficult market situation owing not least to new virus mutations and only sluggish progress on the vaccination front, no recovery was seen in the air transport sector in the first quarter of this year. Continuing rapidly-changing and in some cases tightened travel restrictions virtually nullified the prospects of any revival of travel activity worldwide, and this in turn significantly depressed first-quarter revenues and earnings at Swiss International Air Lines (SWISS). In Geneva SWISS was forced to reduce its flight programme to an absolute minimum of three destinations. But Western Switzerland was still kept connected with the world via the Lufthansa Group’s Zurich and Frankfurt hubs.

As a result of the lack of bookings, SWISS’s first-quarter revenues for 2021 were 67.5 per cent below their prior-year level at CHF 299.6 million (Q1 2020: CHF 923.0 million). The lower passenger demand was at least partially offset by still-buoyant demand for air cargo services. The comprehensive cost savings measures adopted also had their effect. But SWISS still incurred a first-quarter operating loss of CHF -201 million (Q1 2020: CHF -84.1 million).

SWISS CFO Markus Binkert says: “Given the extremely difficult market situation that we have faced since the beginning of this year, this first-quarter earnings result is in line with our expectations. This year, too, as a result of the extended delay to our industry’s recovery, we will post a substantially negative operating result.”

The continuing travel restrictions are clearly reflected in first-quarter passenger volumes. In the first three months of 2021 SWISS1) transported a total of some 290,000 passengers, 90.4 per cent fewer than in the prior-year period2). SWISS operated a total of 4,429 flights in the first-quarter period, an 83.8-per-cent year-on-year decline. SWISS also offered 72.8 per cent less first-quarter capacity systemwide in available seat-kilometre (ASK) terms, and saw its first-quarter passenger volumes decline 89.8 per cent year-on-year for the period in revenue passenger-kilometre (RPK) terms. First-quarter systemwide seat load factor amounted to 27.5 per cent, 45.9 percentage points below its prior-year level. Seat load factor remained far higher for SWISS’s European network than for its intercontinental routes.

SWISS continued to exercise strict cash and cost management throughout the first-quarter period. Projects not essential to operations were halted, investments deferred and deliveries of new aircraft postponed. Upper management personnel numbers were also reduced by 20 per cent, and the levels of short-time working were kept consistently high. Some 1,000 further positions will also have been eliminated by the end of 2021 through voluntary personnel measures and natural staff turnover.

“We are very grateful to have the tool of short-time working,” CFO Markus Binkert explains. “It relieves a great deal of financial pressure while still giving us the requisite flexibility for our flight operations. As we are all aware, though, this is a temporary solution which will no longer be sufficient if a company has to realign itself to structural market changes.” Thanks to all these promptly initiated actions, SWISS has so far only drawn on much less than half of the CHF 1.5 billion bank loan facility which is 85-per-cent guaranteed by the Swiss Confederation. “So our liquidity at SWISS is still secured,” Binkert concludes.

In the medium-term future, demand will not return to the levels seen before the present pandemic, and business travel volumes are expected to remain at least 20 per cent below their pre-pandemic levels. With its existing business model, SWISS is particularly affected by these likely trends.

SWISS CEO Dieter Vranckx says: “With the continued absence of an industry recovery and the further delays to any business upturn, even the strictest cost discipline is no longer enough to ensure our future competitiveness. In view of this, we must now evaluate a substantial resizing of our company.” Any downsizing of the SWISS aircraft fleet would have an impact on the company’s route network and its cost and organizational structures. The study of SWISS’s future size which has now been initiated is not yet complete. Further details will be communicated on this in the next few weeks.

SWISS continues to operate no more than 25 per cent (on average) of the capacity that it was offering in 2019. As a result of the further delay to any industry recovery, SWISS has also had to further revise its summer business projections: instead of the 65 per cent of pre-crisis capacity originally planned, SWISS will now offer only 50 to 55 per cent of this in the peak summer months. The company’s goal remains unchanged, however: to offer a range of air services that is as extensive as possible and is tailored as closely as possible to current market demand.

SWISS CEO Dieter Vranckx says: “We can clearly see that people want to travel again, and we’re ready for them to do so. But we’re very unlikely to see any business upturn here under the present conditions. If SWISS is to continue to perform its mission of connecting Switzerland with the world, we must be able to operate within stable and unified parameters that permit and promote mobility.” Restoring the freedom to travel while maintaining the requisite protection concepts must be the paramount priority. To this end, SWISS urges that persons who have been vaccinated against, recovered from or tested negative for COVID-19 should be able to travel freely to, from and within Switzerland. Proof of such vaccination, recovery or negative test result should be digitalized and internationally standardized and accepted, too.

2) In line with the provisions and practice of the Lufthansa Group, SWISS has modified the definitions used in its traffic volume reporting, with retroactive effect to 1 January 2021. This is also reflected in the corresponding year-on-year comparisons.