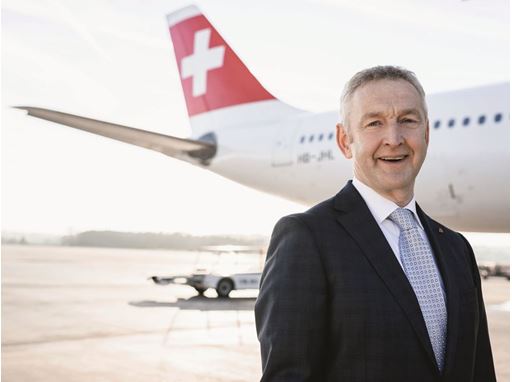 Thomas Klühr, who has been CEO of Swiss International Air Lines (SWISS) since 2016, has asked the SWISS Board of Directors to release him from his duties at the end of 2020. The Board of Directors has acceded to his request with the greatest regret, but with respect for the personal reasons behind his decision and with its express thanks and appreciation for his substantial achievements at SWISS and his more than 30 years of service with the Lufthansa Group. Following his departure, Thomas Klühr will in future serve on the new and yet-to-be-established Swiss Aviation Foundation. The Board of Directors will decide on his successor as SWISS CEO in the fourth-quarter period.

Thomas Klühr is to leave SWISS at the end of 2020 after some five years at the company and more than 30 years within the Lufthansa Group. He will simultaneously step down as Chairman of the Board of Directors of Edelweiss Air. Klühr has been CEO of SWISS since February 2016, in which time he has overseen the biggest fleet modernization in the company’s history. Under his leadership, SWISS has also further cemented its position as a premium carrier over the past few years.

“Our entire Board of Directors deeply regrets Thomas Klühr’s decision,” says Reto Francioni, Chairman of the SWISS Board of Directors. “Our company has a great deal to thank him for, and not only during the coronavirus pandemic of the last few months. Thomas Klühr has brought SWISS a long way further on its successful course. And following the outbreak of COVID-19, with his skill and his commitment he has played an essential part in stabilizing the company in financial and operational terms.”

“I would like to offer Thomas Klühr particular thanks for delaying his originally planned departure at the end of March of this year when the present crisis developed, and for subsequently steering SWISS with such dexterity through these difficult times,” Francioni continues. “We respect this step he is taking for personal reasons, and we offer him our sincere thanks for all his substantial achievements.”

Carsten Spohr, CEO of the Lufthansa Group, adds: “I would like to thank Thomas Klühr for his many years of work, commitment and successes at the Lufthansa Group. In the more than 30 years that he has been with us, he has helped shape our business in various positions and capacities. And over that time he has earned the highest admiration and respect, not only in Germany and Switzerland but throughout the airline industry.”

Thomas Klühr to sit on the new Swiss Aviation Foundation

One of the conditions of the Swiss Confederation’s recent agreement to back bridging bank loans to SWISS was the creation of a new Swiss Aviation Foundation to monitor the due observance of the associated accord between the Confederation and the Lufthansa Group on the future development of the Zurich Airport hub. The Swiss Confederation will appoint the new foundation’s chair and two further members, and SWISS and Lufthansa will appoint one member each. Thomas Klühr will be one of them.

“We are pleased and grateful that Thomas Klühr has agreed to sit on the yet-to-be-established Swiss Aviation Foundation after he relinquishes his SWISS CEO duties,” Reto Francioni confirms. “With his vast experience of both the air transport sector and the Lufthansa Group, he is an ideal choice to serve on this new body.” The further Swiss Aviation Foundation members will be appointed by the end of 2020.

Aligning to the “New Normal”

The coronavirus pandemic has plunged the entire airline sector into the greatest crisis in aviation history. Flight operations worldwide were brought to a virtual standstill in the past six months. In the course of these extremely difficult times, SWISS has continued to operate at least a minimal timetable to keep Switzerland connected with the world. The airline has also worked with its sister carrier Edelweiss to perform repatriation flights and transport medical supplies. Since then, thanks to the provision of bank credit facilities largely backed by the Swiss Confederation, SWISS has been able to secure its liquidity and begin to gradually ramp up its flight operations.

“Thomas Klühr is one of the most experienced airline professionals,” Reto Francioni concludes. “He is also a top manager who motivates his people with his empathy and his appreciation, and who is valued and admired by all stakeholders alike. We will shortly be appointing his successor. And in doing so, we will ensure that our new CEO not only possesses outstanding qualifications for the position, but will also appreciate and advocate SWISS’s importance to Switzerland and global air transport and its vital role within the Lufthansa Group.”