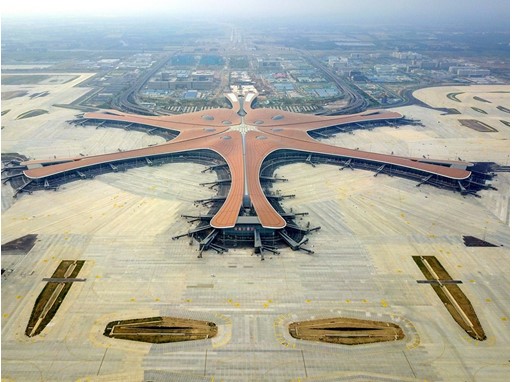 SWISS will be switching its services between Zurich and Beijing to the Chinese capital’s new Beijing Daxing International Airport in March. The move will also provide more attractive departure and arrival times for travellers on the route.
Swiss International Air Lines (SWISS) is to switch its Zurich-Beijing services from the present Beijing Capital International Airport (PEK) to the new Beijing Daxing International Airport (PKX). The change will be made with the start of the 2020 summer schedules at the end of March.
The move will offer travellers more attractive timetables on the route. The eastbound service will leave Zurich late in the afternoon and arrive in Beijing just after 09:00 on the following day. The westbound flight will depart from Beijing at 11:00 and arrive in Zurich at 15:35 on the same day.
SWISS serves Beijing daily in summer and five times weekly in winter. The route is operated using Airbus A330 equipment.
The new Beijing Daxing International Airport, which was designed by top architect Zaha Hadid, opened last autumn and is in the south of the city. The new facility meets all the requirements of an airport today, and is ideally linked into the public transport network. The airport is set to become one of the world’s busiest by 2025.