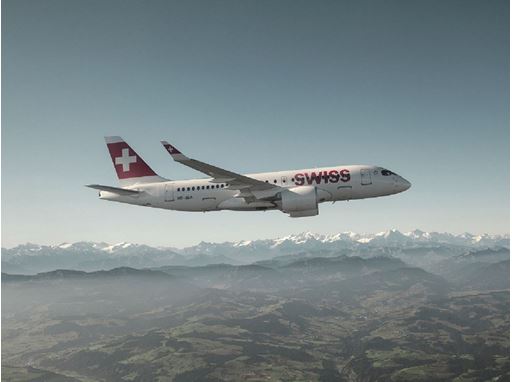 In view of the continuing travel restrictions, SWISS does not now expect to see any tangible resumption of air travel activity until mid-summer at the earliest. So in the second quarter in particular, SWISS’s schedules will be substantially less extensive than originally planned. The company expects to be able to return its operations to around 65% of their 2019 capacity in the course of the third-quarter period. A total of 85 destinations will be served from Zurich and 43 from Geneva in the 2021 SWISS summer schedules, with a strong focus on meeting the needs of travellers visiting friends and relatives and leisure travel customers. SWISS will also be introducing new services from Zurich to Tallinn (Estonia) and Billund (Denmark) and from Geneva to Santorini (Greece), Split (Croatia) and Funchal/Madeira (Portugal).

In the light of new virus mutations, lockdowns, border closures and tightened travel restrictions, the recovery of the air transport sector has been further delayed. As a result, SWISS’s 2021 summer schedules will be considerably less extensive than had originally been planned, especially in the second-quarter period. “With the tighter travel restrictions in response to high infection rates, we have again had to tangibly reduce our service offer,” says SWISS Chief Commercial Officer Tamur Goudarzi Pour. “We won’t be substantially expanding it again until the summer travel season. But when we do so, we’ll be putting a clear focus on leisure travellers and on customers visiting friends and relatives, as the business travel segment will take longer to return.” SWISS plans to restore its capacities to around 65% of their 2019 levels in the course of the third-quarter period. The company will serve 85 destinations from Zurich and 43 from Geneva in its 2021 summer schedules.

SWISS will be offering two new European destinations from Zurich in its summer schedules. The Airline of Switzerland will operate two weekly services from 25 June onwards to Tallinn, Estonia’s capital and business and cultural centre, which stands on the Baltic Sea. And from 2 July onwards SWISS will offer two weekly frequencies from Zurich to Billund in Denmark, which is best known as the home of Lego and its Legoland theme park.

In addition to the two new Zurich destinations, SWISS will restore services on various European and intercontinental routes on which they are currently suspended. On the long-haul front, service will resume on the Zurich-Miami (Florida) route from 28 March with up to five weekly frequencies. Up to seven weekly services will also be offered between Zurich and Boston on the US East Coast from 1 May onwards, and up to five weekly services will be offered to Los Angeles on the US West Coast from 2 May onwards. SWISS further plans to operate up to four weekly flights to Egypt’s capital Cairo from 1 July onwards.

On its Zurich short-haul network, SWISS will resume services to Niš in Southern Serbia and to Sarajevo, the capital of Bosnia and Herzegovina, which will each receive up to two flights a week from 1 April onwards. Travellers from Zurich will also enjoy non-stop service to London City again from 12 May, for which up to 12 weekly frequencies are currently planned. And from 18 June SWISS will be operating up to five flights a week to Bordeaux, in the heart of the winegrowing region of the same name.

SWISS will also be expanding its services from Zurich to particularly popular destinations in this year’s summer schedules. Berlin will receive up to six daily flights, while Barcelona, Palma de Mallorca, Hamburg, Vienna, Copenhagen and Athens will each have up to three daily services. Naples will be served up to 11 times weekly, and Thessaloniki will receive up to nine weekly flights.

New services from Geneva to Santorini, Split and Funchal/Madeira

As already communicated, SWISS will continue to maintain its present minimal flight programme in Geneva until the end of March. But Geneva remains a key SWISS operating location. Three new points will be served from Geneva in the coming summer schedules. The popular Greek island resort of Santorini will receive two non-stop flights a week from 19 June. Two weekly services will also be provided to the Adriatic city of Split in Southern Croatia from 2 July. And a weekly flight to Funchal on the Portuguese island of Madeira will be offered from 4 September.

The destinations receiving the most services from Geneva in the coming summer timetable period include London Heathrow, Athens, Porto and Lisbon. SWISS will also be the only airline operating a weekly non-stop flight between Geneva and Ponta Delgada on the Azores in the new summer schedules.

Ticket price refunded in the event of cancellation

SWISS continues to offer its customers maximum flexibility with their air travel plans. While the finalization and publication of the coming summer schedules also entails cancellations of flights planned before the coronavirus pandemic developed, any customer whose flight is cancelled can rebook free of charge or have the price of their ticket refunded.

In addition, any SWISS fare for a ticket issued on or before 31 May 2021 is rebookable free of charge as many times as the customer wishes up to this date, and one more time thereafter.