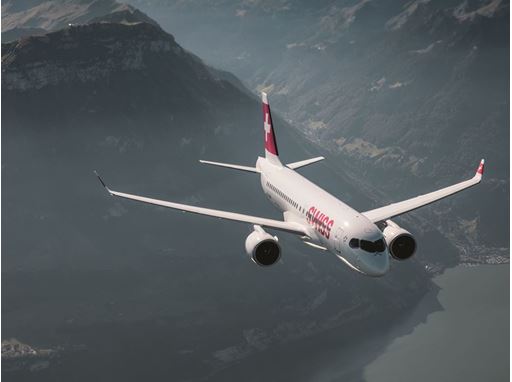 The Aviation Research Center Switzerland conducted a study in 2020 to help promote the reduction of carbon dioxide emissions in the Swiss aviation sector in line with the Swiss Federal Council’s climate policy objectives. SWISS was also involved in this study, and supports the resulting declaration and the actions that the aviation sector is taking to lower its carbon emissions.

The Aviation Research Center Switzerland (ARCS) launched its ‘Road Map Sustainable Aviation’ project in 2020, teaming up with the Ecoplan company to study how an approach could be developed to reduce carbon dioxide emissions in Swiss aviation in line with the long-term climate strategy of the Swiss Federal Council.[1] The study has been accompanied by a working group drawn from various organizations including Swiss International Air Lines (SWISS), the Swiss Business Aviation Association (SBAA), Zurich, Geneva and Basel airports, the Swiss Federal Office of Civil Aviation (FOCA), the Swiss Federal Office of the Environment (FOEN), ETH Zurich and the Zurich University of Applied Sciences (ZHAW).

The ‘Road Map Sustainable Aviation’ report demonstrates how aviation can reduce its carbon emissions in line with the objectives laid down in the Swiss Federal Council’s long-term climate strategy. And taking the report as their basis, SWISS and further industry representatives have now issued a joint Swiss Aviation Climate Policy Declaration of Intent that confirms their support of the Paris Agreement and their commitment to the goal of net-zero carbon emissions by 2050.

To achieve these objectives within Swiss aviation, the declaration’s signatories further commit to:

Swiss aviation must be able to operate within corresponding political and legal parameters, however, if it is to effectively pursue the above four actions. And to this end, the Swiss air transport sector appeals to the Swiss Confederation to actively support the Road Map Sustainable Aviation. With its global scale and reach, air transport needs internationally coordinated actions to achieve its climate care objectives. And a particular focus should be placed here on driving the further development and the market introduction of sustainable aviation fuels.

“If the new Swiss Federal CO2 Act is approved in the coming national referendum of 13 June, the corresponding CO2 Ordinance must provide mechanisms that support our industry’s climate care endeavours while simultaneously maintaining Switzerland’s competitive credentials within the air transport sector,” stresses SWISS CEO Dieter Vranckx. “The present consultation draft of the act would seriously weaken SWISS in economic terms, and would deprive us of the basis for taking effective climate action.”

SWISS plans to halve its carbon emissions by 2030

Protecting the climate has long been a key SWISS priority. To steadily further reduce the environmental impact of its business and operations, SWISS pursues the Four-Pillar Strategy that has been developed by IATA, the airline industry’s umbrella organization. In addition to its extensive fleet modernization and its adoption of technological innovations, SWISS puts a particular emphasis here on continuously further improving its fuel efficiency and on optimizing its operational procedures in the air and on the ground.

In the biggest fleet renewal in its history (involving the acquisition of the Airbus A220 and A32Xneo and the Boeing 777), SWISS is investing over CHF 8 billion within a decade in advanced aircraft that produce fewer carbon emissions. “We have set ourselves the goals of halving our CO2 emissions from their 2019 levels by 2030 and of being carbon-neutral in our operations by 2050,” CEO Vranckx continues. “Investing in the latest aircraft technologies and in the development of synthetic aircraft fuels are among our strongest levers here. And the Swiss aviation sector’s new declaration of intent brings our industry a major step closer to jointly achieving its climate care objectives.”

[1] The study is available on the Aviation Research Center Switzerland (ARCS) website at https://www.arcs.aero/en.