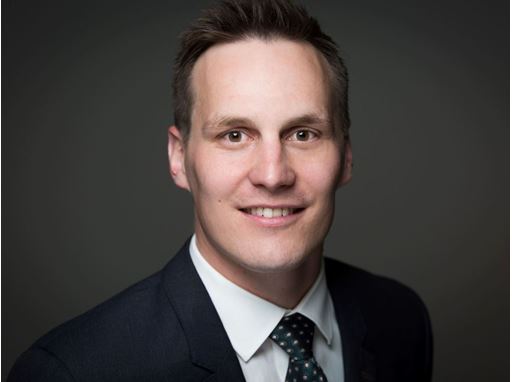 Marco Willa has been appointed as SWISS’s new Head of Regional Sales Switzerland. He will take up his duties on 1 September. Willa currently serves as the Lufthansa Group’s General Manager Sales UK, Ireland & Iceland, based in London (UK). In his new SWISS capacity he succeeds Jürg Christen, who will be taking early retirement at the end of August.

Swiss International Air Lines (SWISS) has named Marco Willa as its new Head of Regional Sales Switzerland. In his new function, which he will assume on 1 September, Willa will be responsible together with his team for the sales, distribution management and distribution services of all the airlines of the Lufthansa Group within the Swiss market. Willa will report to both Jürgen Siebenrock, Head of Area Management Home Markets Lufthansa Group, and SWISS Chief Commercial Officer Tamur Goudarzi Pour. He succeeds Jürg Christen, who will be taking early retirement at the end of August.

Marco Willa, who is 35, has been serving in the air transport sector since 2008. He assumed his present position, heading the Lufthansa Group’s sales and distribution team for the UK, Irish and Icelandic markets at their London (UK) base, in 2017. During his tenure, Willa has been instrumental in both strengthening the partnerships with corporate clients and travel agents and developing further industry partnerships. Prior to this he spent three years as a SWISS global key account manager in Zurich; and he had previously gained further valuable experience in Product Management at Swiss WorldCargo and in SWISS’s Asset Management.

“Marco Willa is both a seasoned airline executive and a proven sales specialist,” says SWISS Chief Commercial Officer Tamur Goudarzi Pour. “With his many years of experience in various areas of the Lufthansa Group both in and outside Switzerland, he is the ideal appointee to this demanding position. I look forward very much to working with him, and I wish him every success in his new capacity.”

Marco Willa holds an MBA with a specialism in marketing and a Bachelor of Science degree in aviation engineering from the Zurich University of Applied Sciences (ZHAW) in Winterthur, Switzerland. A native of Brig in Southwest Switzerland, he is married and has three children.