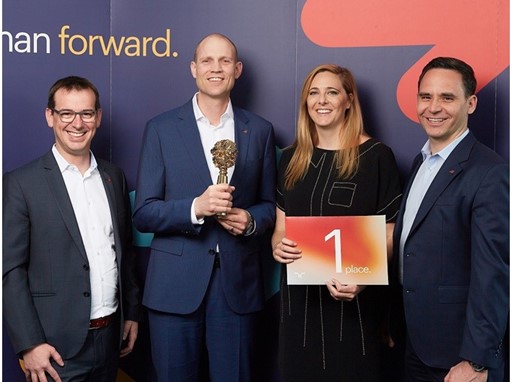 SWISS has earned the 2019 Randstad Award for Switzerland’s most attractive employer, retaining the distinction it won last year. The annual Randstad Award assesses the appeal of companies on the Swiss employment market. The 2019 award was formally presented to SWISS in Zurich today.
Swiss International Air Lines (SWISS) has won the 2019 Randstad Award for Switzerland’s most attractive employer, the second year in succession that it has earned the distinction. The annual Randstad Award assesses the attractiveness of companies on the Swiss employment market. To this end, the 150 biggest companies in the country are evaluated by potential employees aged between 18 and 65 on a set of 16 criteria that reflect the job market’s perception of each employer brand. This is the sixth time the award has been bestowed; and SWISS was formally presented with it at a ceremony in Zurich today.
“We are delighted to have defended our Randstad title and confirmed our credentials as an attractive employer,” says SWISS Chief Financial Officer Michael Niggemann. Head of Human Resources Christoph Ulrich is equally pleased. “We will be recruiting another 1,000 new employees this year,” he explains. “So it’s vital for us to maintain our high jobmarket reputation and our strong employer brand.”
Further information on the Randstad Award is available here.