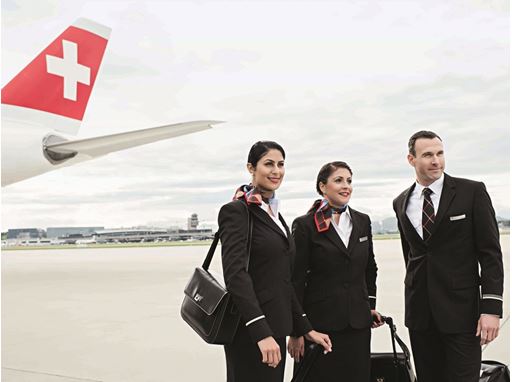 SWISS and its kapers cabin crew union have agreed a package of actions for the airline’s cabin personnel in response to the present coronavirus crisis that includes both economies for the 2021-2023 period and prospects for the post-crisis times. The time-limited action package will be submitted to a referendum of kapers members at the earliest opportunity.

After intensive negotiations, Swiss International Air Lines (SWISS) has agreed a package of time-limited actions with kapers, the company’s social partner for its cabin personnel, in response to the continuing coronavirus crisis. The savings measures included in the package are all time-limited and phased between March 2021 and the end of 2023. After such time, the current SWISS/kapers collective labour agreement will remain in force until at least 2025.

The time-limited package of actions for SWISS’s largest personnel group extends to both measures to reduce costs and those intended to help master the present staffing surplus. The package includes a range of attractive offers such as voluntary early retirement options and new part-time employment models.

“This raft of actions will make a substantial contribution to the rigorous savings programme that we have had to embark on in response to the coronavirus pandemic,” says Head of Cabin Crew Reto Schmid. “It will also play a vital part in securing SWISS jobs.”

With the time-limited actions negotiated, SWISS’s cabin personnel will make a contribution of some 10 per cent to cost reductions between now and the end of 2023. Natural staff turnover within the corps should make a further 10-per-cent contribution, based on the levels thereof seen in the past few years. The requisite kapers referendum process for the package of measures concluded will commence as soon as possible, with the aim of adopting the first such actions from March 2021.

For post-corona times, SWISS and kapers are hopeful of implementing the new collective labour agreement which they provisionally concluded before the present crisis began. The new accord contains a number of substantial improvements for the company’s cabin personnel, but has not yet been put to kapers referendum as a result of the pandemic.

“It is very important to us to offer our cabin personnel attractive prospects now for the post-corona times,” emphasizes Reto Schmid. Kapers members will be able to vote on whether to accept the proposed new collective labour agreement as soon as SWISS’s economic situation has normalized again.