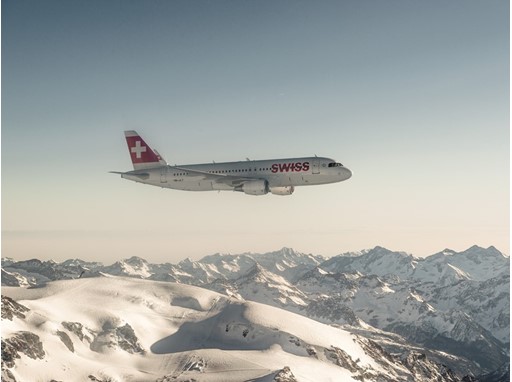 From 16 October onwards, SWISS will be offering a new service to the Slovenian capital of Ljubljana, departing from its hub at Zurich Airport. There will be five connections a week initially, with a daily flight from 27 October.
Swiss International Air Lines (SWISS) is to extend its route network to include a new destination, Ljubljana, from 16 October onwards. There will be five flights weekly up to and including 26 October, which will initially be operated by Helvetic Airways. With the rollout of the winter schedule on 27 October SWISS will fly to the new destination once a day from Zurich on an alternate basis with its wet lease partner, Helvetic Airways.
Prior to discontinuation of flight operations by Adria Airways, SWISS passengers were able to travel to from Zurich to Ljubljana thanks to a codeshare agreement. The new flights will ensure a continuing connection. As a result, passengers from all over the world will still enjoy smooth travel to the Slovenian capital via the SWISS hub at Zurich Airport. Passengers from Ljubljana will have access to the Swiss flag carrier’s worldwide network.
The timetable is available at swiss.com, flights may be booked now.