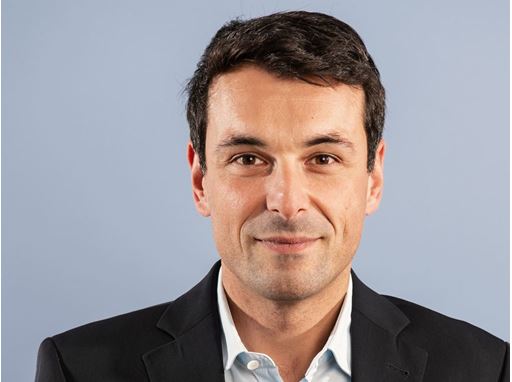 Stefan-Kenan Scheib has been appointed as SWISS’s new Head of Flight Operations. He will take up his new duties on 1 June. He joins SWISS from his present Munich-based position as Process Owner and Head of Lufthansa Aviation Training Pilot Schools. Scheib succeeds Oliver Buchhofer, who became SWISS’s Head of Operations on 1 April, in overall charge of ensuring safe, smooth and seamless operations companywide.

Swiss International Air Lines (SWISS) has appointed Stefan-Kenan Scheib (44) as its new Head of Flight Operations. He will take up his duties on 1 June. In his new capacity, Stefan-Kenan Scheib will lead the SWISS cockpit corps of some 1,400 pilots and bear overall strategic responsibility for SWISS’s flight operations. He will report directly to his predecessor Oliver Buchhofer, who assumed his own new duties on 1 April as SWISS’s Head of Operations and Accountable Manager with responsibility for ensuring safe, smooth and seamless operations companywide.

Stefan-Kenan Scheib joined Frankfurt-based Lufthansa Aviation Training Germany as its Head of LAT Pilot School Bremen in 2017. In this capacity he bore overall responsibility for the Bremen flying school’s business and operations. And it was under his tenure that the school underwent a restructuring and redesign within the LAT organization. In 2018 he was appointed Process Owner and Head of Lufthansa Aviation Training Pilot Schools, a Munich-based position with responsibility for strategic goalsetting and the conceptual further development of all the flying schools in the Lufthansa Group. In this (his present) capacity, he has also initiated ‘Future One EFA Pilot School’, a project to realign the Lufthansa Group’s flying schools to keep the Group’s pilot training sustainably assured through the present coronavirus crisis and beyond. In addition to his Lufthansa Aviation Training duties, Stefan-Kenan Scheib also serves as a captain on the Lufthansa Airbus A320 fleet.

“Our selection of Stefan-Kenan Scheib as our new Head of Flight Operations was made from a number of highly qualified candidates,” says SWISS Head of Operations and Accountable Manager Oliver Buchhofer. “With his extensive management experience accumulated from various executive positions at several Lufthansa Group companies, Stefan-Kenan will bring valuable and unbiased outside input and perspectives to our SWISS flight operations. At the same time, through his previous activities, he has all the flying and the technical expertise required to maintain and further refine safe and cost-effective SWISS flight operations throughout the present crisis and beyond. In addition to his demanding new duties as our Head of Flight Operations,” Buchhofer continues, “Stefan-Kenan will also serve as Process Owner Flight Ops Policies, Procedures & Technology for all the airlines of the Lufthansa Group. I wish him every success and satisfaction in his new capacities.”

A native of Hamburg and a father of four, Stefan-Kenan Scheib holds a Master of Business Administration (MBA) degree from the Koblenz University of Applied Sciences, Germany.