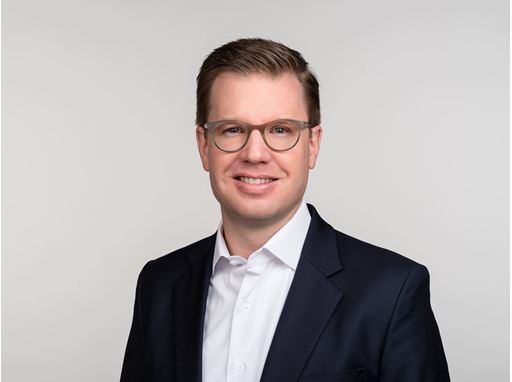 Peter Lienhard has been named as SWISS’s new Head of Information Technology, and as Head of IT Domain Hub Airlines Commercial of the Lufthansa Group. He will assume his new duties on 1 January 2021. Lienhard, who is currently SWISS’s Head of IT to Business Alignment, succeeds Lukas Wirth, who will leave the company at the end of this year.

Swiss International Air Lines (SWISS) has appointed Peter Lienhard (42) as its new Head of Information Technology. He will take up his new position, in which he will report directly to CFO Markus Binkert, on 1 January 2021. Lienhard will also hold the function of Head of IT Domain Hub Airlines Commercial for the Lufthansa Group, reporting to the Group’s Head of Information Management Thomas Rückert. Peter Lienhard succeeds Lukas Wirth, who will be leaving SWISS at the end of 2020 after seven years at the company to take on a new professional challenge outside the Lufthansa Group.

Peter Lienhard joined SWISS as its Head of IT to Business Alignment in 2016. In this capacity he has been in overall charge of the company’s entire IT project portfolio, driving its further digitalization in close collaboration with various corporate divisions and further developing and refining various IT systems. Prior to this he had spent some ten years with Accenture, which included managing global IT projects in Switzerland, Germany and Hong Kong.

“I am delighted that in Peter Lienhard we have secured the services of such a proven IT specialist from within our own ranks,” says SWISS CFO Markus Binkert. “With his broad and extensive experience, Peter is the ideal person to continue to develop digitalization at SWISS and the Lufthansa Group. I wish him every success and satisfaction in his new capacity.”

A native of Zurich, Peter Lienhard holds a Master of Science degree in Communication Systems from EPFL, the Swiss Federal Institute of Technology Lausanne. He is married and has two children.