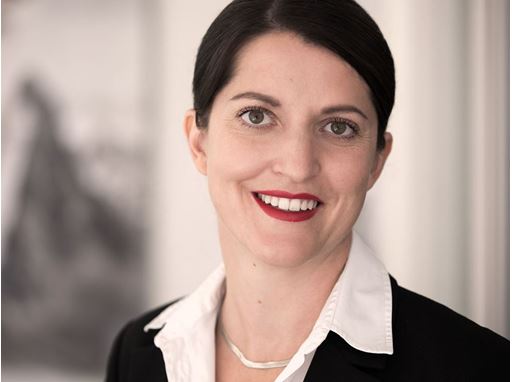 Dominique Fehlmann, SWISS’s Head of Legal, Corporate Affairs & Compliance, is to take on the additional function of Head of Business Development & Executive Office with effect from 15 June. In her new duties she succeeds Christian Sigg, who will assume his new position as SWISS’s Head of Revenue Steering on the same date.

In addition to her existing duties as Head of Legal, Corporate Affairs & Compliance, Dominique Fehlmann (43) is to additionally head SWISS’s Business Development & Executive Office unit with effect from 15 June. In her new dual capacity, Dominique Fehlmann will additionally be responsible for SWISS’s strategic development, together with its organizational development, corporate responsibility, innovation and digitalization. The Business Development & Executive Office unit is presently led by Christian Sigg, who will take up his new duties as SWISS’s Head of Revenue Steering on the same date.

“In establishing this new dual function, we are bringing both a better future alignment and even greater efficiency to our CEO Division,” says SWISS CEO Dieter Vranckx. “The new arrangement streamlines our leadership structure and will ensure even closer collaborations between these two departments. And I am delighted that, in Dominique Fehlmann, we have assigned such an experienced and excellently connected leader to this demanding duty portfolio. I wish her every success and satisfaction in her new capacity.”

Dominique Fehlmann began her SWISS career in 2010. In her present role as Head of Legal, Corporate Affairs & Compliance, she bears responsibility for the SWISS Legal Department and for the further development of the corporate governance and compliance structures of the SWISS Group. Prior to this, she served as SWISS legal counsel in such areas as intellectual property rights, technical services, cargo, e-commerce and the Miles & More loyalty programme.

Between 2005 and 2010 Dominique Fehlmann served as an attorney-at-law for two Zurich-based corporate law firms, and also completed an LL.M. master’s degree in Sydney and Shanghai. Prior to this she had studied law in Paris and Fribourg, earning a Swiss licentiate in law and a French Maîtrise en Droit. A native of Zurich, she is married and the mother of a daughter.