Change on the SWISS Board of Directors 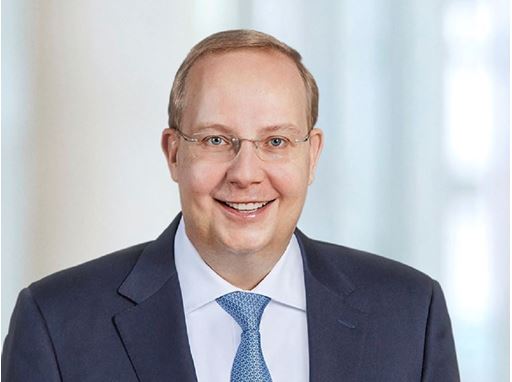 Remco Steenbergen, Chief Financial Officer of the Lufthansa Group, was elected to the SWISS Board of Directors at an Extraordinary General Meeting on 15 July. He succeeds Detlef Kayser, who has relinquished his SWISS Board seat.

The Board of Directors of Swiss International Air Lines (SWISS) has seen a change of personnel. Remco Steenbergen, Chief Financial Officer of the Lufthansa Group, was newly elected to its ranks at an Extraordinary General Meeting on 15 July. He succeeds Detlef Kayser, who has relinquished his SWISS Board duties. “I would like to thank Detlef Kayser for all his energies and endeavours on our company’s behalf in these difficult times,” says SWISS Board Chairman Reto Francioni. “I have greatly appreciated our extremely constructive, knowledgeable and committed collaborations, and I wish him all the best for the future.”

Remco Steenbergen has been a member of the Executive Board of Deutsche Lufthansa AG and Chief Financial Officer of the Lufthansa Group since the beginning of this year. He came to the Lufthansa Group from chocolate manufacturer Barry Callebaut AG, where he had also served as Group Chief Financial Officer. Prior to this he had held various positions at Dutch electronics manufacturer Philips, culminating in his appointment as Executive Vice President and Chief Financial Officer HealthTech Businesses, Innovation & Group Functions. He held executive positions in Amsterdam, Boston and Dublin during his Philips years. Steenbergen began his professional career with KPMG, with whom he served in Amsterdam, London and Taipei. A native of the Netherlands, he lives in Switzerland, is married and has three children.

“Remco Steenbergen is widely recognized and respected for his professionalism, his expertise and his knowledge of global markets,” SWISS Board Chairman Reto Francioni continues. “He will be a great asset to our company, not least as a strong advocate of our strategic alignment and thrust.”