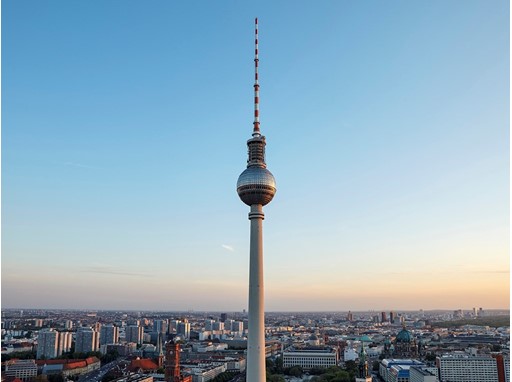 SWISS will operate all its Berlin services to and from the city’s new Berlin Brandenburg Airport (BER) from 8 November 2020. The SWISS reservation system has already been reconfigured.
From 31 October 2020 onwards, flight operations in Berlin will relocate from the present Tegel Airport to the city’s new Brandenburg Airport (BER). The migration should be completed within the following week. Swiss International Air Lines (SWISS) will commence its new operations to and from Berlin Brandenburg on 8 November. The first SWISS arrival at the new airport will be flight LX974 at 08:45, and the first SWISS Berlin Brandenburg departure will be flight LX975 to Zurich at 09:30.
The SWISS reservation system has already been reconfigured to reflect the planned move. Customers who book a flight to Berlin for travel on or after 8 November will be shown not Tegel (TXL) as their destination but the new Berlin Brandenburg (BER). Customers who have already booked such flights will be notified and rebooked. According to current plans, the arrival and departure times of the SWISS flights concerned will remain unchanged, as will the number of frequencies on the route.
Access to new lounge for SWISS travellers, too
Business Class travellers on Lufthansa Group airlines, Frequent Travellers, Senators, Star Alliance Gold Status Members and HON Circle Members can look forward to a particular highlight at the new Berlin Brandenburg Airport: the Lufthansa Lounge. The 1,600-square-metre facility, which is located in the Main Pier North of Terminal 1, offers separate senator and business sections in which visitors can relax, freshen up or work in calm surrounds. The new lounge also features a panoramic windowfront giving exclusive views out over the apron area and of the Berlin skyline beyond.