SWISS to serve six new destinations from Geneva in summer 2020 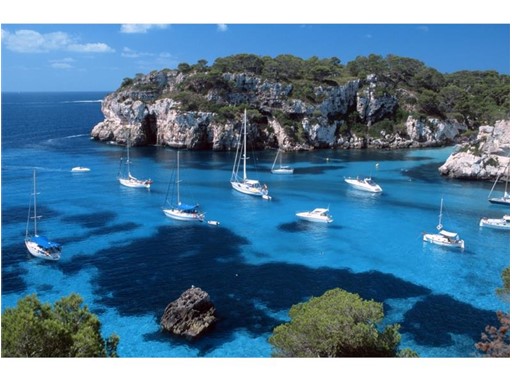 SWISS will be adding six attractive new summer destinations to its Geneva-based route network from 22 June. The new services will operate to and from Ponta Delgada (on the Azores), Antalya (Turkey), Menorca (Spain), Djerba (Tunisia), Dubrovnik (Croatia) and Rhodes (Greece).
Swiss International Air Lines (SWISS) will add six new routes to its Geneva-based network next summer, serving destinations in Portugal, Turkey, Spain, Tunisia, Croatia and Greece. The additions will bring to 53 the number of points receiving non-stop SWISS service from and to Geneva.
Ponta Delgada
Ponta Delgada on the Azores will be served every Monday from 22 June to 31 August. The new route will make SWISS the only airline offering non-stop flights between Geneva and the Portuguese mid-Atlantic archipelago, which is famed for its unspoilt nature and its spectacular landscapes.
Antalya
SWISS will be offering a weekly Friday service between Geneva and Antalya from 26 June to 23 October. A seaside resort on Turkey’s southwest coast, the city is considered one of the country’s finest.
Menorca
Menorca will enjoy SWISS services from and to Geneva every Saturday between 4 July and 29 August. A quieter alternative to neighbouring Mallorca and Ibiza, the island in the Spanish Balearics is renowned for its unspoilt natural landscapes and its fine-sand beaches fringed by turquoise waters.
Rhodes
In adding the picturesque islands of Rhodes to its network, SWISS will serve no fewer than eight Greek destinations from Geneva in its 2020 summer schedules. Rhodes will receive a weekly Sunday service between 5 July and 30 August.
Djerba
SWISS will be providing a weekly Saturday service between Geneva and Djerba from 4 July to 29 August. A highly popular holiday destination, the island off the Tunisian coast is reputed for its beaches and its white desert towns.
Dubrovnik
Dubrovnik will enjoy weekly Saturday SWISS services from and to Geneva between 4 July and 29 August. The Southern Croatian city, which has been designated as a UNESCO World Heritage Site, is one of the most charming in Europe with its stunning architecture and its rich cultural history.
All the above flights are bookable now.