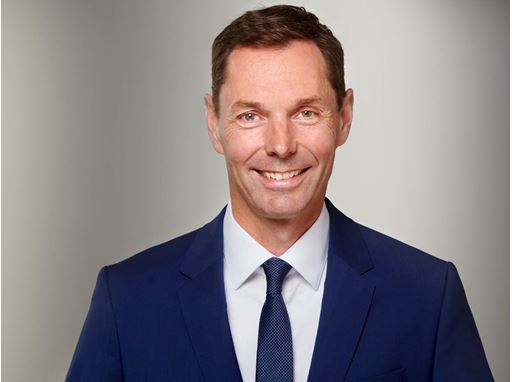 Claus Bauer has been appointed as SWISS’s new Head of Technical Fleet Management and Process Owner Engineering. He will assume his new duties in February 2021. Bauer joins SWISS from Lufthansa Technik, where he has performed various management functions over the past 20 years. Peter Wojahn, SWISS’s present Head of Technical Fleet Management, will take scheduled retirement at the end of January 2021.

Swiss International Air Lines (SWISS) has appointed Claus Bauer to be the new head of its SWISS technical division. Bauer, who is 51, will assume his new duties as Head of Technical Fleet Management and Process Owner Engineering, in overall charge of some 1,000 personnel, on 1 February 2021. Claus Bauer can draw on 20 years of airline experience at Lufthansa Technik, most recently as Head of Product Division Engine, with responsibility for an international production network of the Lufthansa Group subsidiary.

“We are delighted that, in Claus Bauer, we have secured the services of such an experienced technical specialist for this demanding position,” says SWISS CEO Thomas Klühr. “Claus Bauer has all the requisite expertise to enable the technical division of SWISS to act and react swiftly and flexibly, especially in such crisis times.”

Claus Bauer has driven the global growth of Lufthansa Technik’s engine maintenance, repair and overhaul (MRO) activities over the past few years, including the establishment of major new operating locations under joint-venture partnerships. He has also been a keen proponent of digital innovations such as numerical fleet life-cycle optimization.

A native of Frankfurt, Claus Bauer holds a Doctorate in Mechanical Engineering from the University of Darmstadt, Germany. He is married and has two children.

Claus Bauer will succeed Peter Wojahn, who will be taking scheduled company retirement on 31 January 2021 after almost 40 years in the airline industry, the last 13 of them as Head of SWISS’s Technical Fleet Management. Peter Wojahn is widely regarded as one of the airline sector’s most experienced MRO specialists. Under his tenure, the technical division of SWISS has been remodelled and restructured to enable it to autonomously deliver all the technical services required for the daily operation of the SWISS aircraft fleet, independently of external providers.

Peter Wojahn has also been co-responsible for the biggest fleet renewal in the history of SWISS. The company was the first airline in the world to take delivery of the new Airbus A220 (then known as the Bombardier C Series). And over the same timeframe Peter Wojahn has also overseen the successful withdrawal and disposal of various Avro RJ100 and Airbus A320-family aircraft.

“In his time with us at SWISS, Peter Wojahn has further developed and expanded our technical division with great entrepreneurial drive and conviction, and has helped make SWISS an industrywide exemplar of an airline with its own integrated technical services operation,” Thomas Klühr continues. “On behalf of our entire Management Board, I offer him my sincere thanks for his many years of exceptional work and commitment, and I wish him all the very best for his well-earned retirement.”