Changes on and to the SWISS Management Board 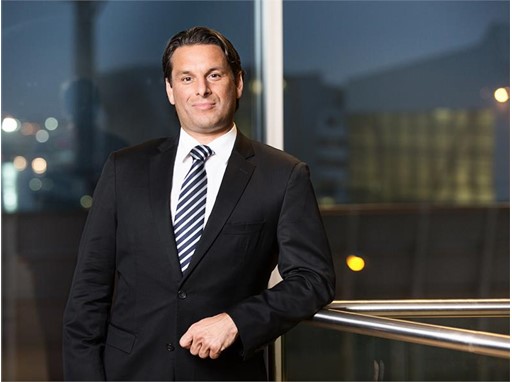 Tamur Goudarzi Pour, currently Head of Lufthansa Group Airline Sales The Americas, has been appointed as the new Chief Commercial Officer (CCO) of SWISS. He succeeds Markus Binkert, who will move to Lufthansa’s Munich hub to assume new dual duties as its CCO and Head of Marketing of the Lufthansa Group with effect from January 2019. Goudarzi Pour also assumes Lufthansa Group-wide responsibility for Revenue Management & Distribution in his new capacity. SWISS is also introducing an Extended Management Board, to ensure the direct representation on its top executive body of all the key decision-makers for the further growth desired and the associated operational challenges.
Swiss International Air Lines (SWISS) will have a new Chief Commercial Officer (CCO) from January 2019: Tamur Goudarzi Pour, currently Head of Lufthansa Group Airline Sales The Americas. He succeeds present CCO Markus Binkert, who is moving to the Lufthansa hub in Munich after 13 years at SWISS.
Tamur Goudarzi Pour named new SWISS Chief Commercial Officer
Tamur Goudarzi Pour (48) will assume his new SWISS CCO duties in January 2019. In his new capacity he will also bear Lufthansa Group-wide process responsibility for Revenue Management & Distribution. Goudarzi Pour comes to SWISS from the Lufthansa Group, where he has been Head of Airline Sales The Americas since 2017. In his 20 years at Lufthansa he has held various management functions in the commercial field. “We are delighted that, in Tamur Goudarzi Pour, we have secured the services of a seasoned airline specialist who has also been responsible for SWISS in his present function in the Americas region,” says SWISS CEO Thomas Klühr. Goudarzi Pour holds a Master’s of Philosophy in International Relations from the University of Cambridge. He is single, and a dual German and Iranian national.
Markus Binkert to become Chief Commercial Officer of the Lufthansa hub in Munich
Markus Binkert, currently CCO of SWISS, will assume new duties as CCO of the Lufthansa hub in Munich from January 2019. He will also bear overall process responsibility for the Marketing of the Lufthansa Group. In addition to his present function as SWISS CCO, Binkert has also been serving as Process Owner Revenue Management & Distribution for the Lufthansa Group. Since joining SWISS in 2005 he has held various executive functions in Product, Marketing and Sales. He was appointed to the SWISS Management Board as Chief Commercial Officer in 2013. “SWISS owes Markus Binkert its deepest thanks,” says Reto Francioni, Chairman of the SWISS Board of Directors. “We wish him all the very best in his new capacity. And we welcome Tamur Goudarzi Pour, with his extensive expertise in various commercial areas and his wide international experience.”
“In his present dual capacities, Markus Binkert has strengthened the role of SWISS within the Lufthansa Group, and has been instrumental in the commercial success that we have enjoyed over the past few years,” adds SWISS CEO Thomas Klühr. “I thank him for his exceptional commitment to our company, and wish him every further success and satisfaction.”
SWISS to introduce Extended Management Board
In view of the further growth to which it aspires and the operational challenges this will bring, SWISS is also introducing an Extended Management Board. Thomas Frick, who, as Accountable Manager, bears prime responsibility for SWISS’s flight operations, and Christoph Ulrich, Head of Human Resources, will both sit on the new Extended Management Board. “In taking these key personnel decisions and adopting an Extended Management Board, we are ideally equipping our company to continue on its current successful course,” SWISS Board Chairman Reto Francioni concludes.
Thomas Frick (59) has been in the aviation sector since 1982, initially as a pilot for Swissair and later for SWISS. Since 2002 he has additionally served in various management positions, including his present function as Accountable Manager. A native of Schaffhausen, he has two adult children. Christoph Ulrich (43) has been in aviation since 1996. He joined SWISS in April 2008, since when he has held various management functions in the Human Resources field. Also a Schaffhausen native, he is married and has two children.