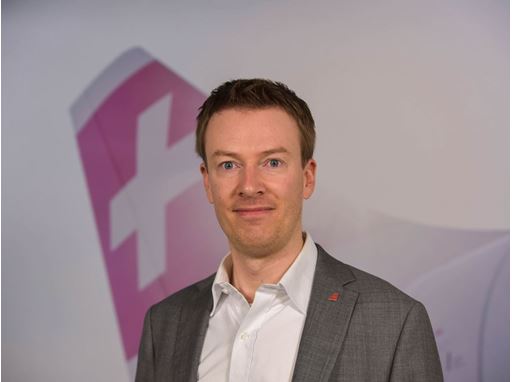 Benedikt Escher has been appointed as SWISS’s new Head of Network Management. He will assume his new duties on 1 February. Benedikt Escher, who is currently SWISS Head of Scheduling & Slot Management, succeeds Michael Trestl, who moved to become Chief Commercial Officer of Austrian Airlines at the beginning of this year.

Swiss International Air Lines (SWISS) has appointed Benedikt Escher as its new Head of Network Management. Benedikt Escher, who is 36, will take up his new duties on 1 February. He will report directly to SWISS Chief Commercial Officer Tamur Goudarzi Pour and within the Lufthansa Group to Senior Vice President Network & Mobility Offer Heiko Reitz in his new capacity. Benedikt Escher succeeds Michael Trestl, who moved to Austrian Airlines as its Chief Commercial Officer at the beginning of this year.

Benedikt Escher joined SWISS as Head of Scheduling & Slot Management in February 2019. In this capacity he has been responsible for ensuring efficient, competitive and profitable SWISS flight schedules by optimizing the use of the company’s operational resources such as fleet and crew planning, aircraft maintenance, ground services and airport slots. Prior to SWISS, Benedikt Escher had spent some five years in charge of network planning and development at Edelweiss Air during which, together with various commercial and operational stakeholders, he had been instrumental in effecting the biggest fleet and network expansion in the company’s history.

“I am delighted that, in Benedikt Escher, we have recruited such a skilled and experienced network specialist from our own ranks,” says SWISS Chief Commercial Officer Tamur Goudarzi Pour. “In his present function, Benedikt Escher has made optimum use of all the resources required to ensure smooth and robust flight operations, and has done so in some highly challenging and ever-changing conditions. I wish him every further success and satisfaction in his new function.”

A native of Hamburg and a Swiss national, Benedikt Escher holds a Master of Arts degree in International Affairs & Governance from the University of St. Gallen and a Master of Science degree in Entrepreneurship & New Business Venturing from the Rotterdam School of Management in the Netherlands.