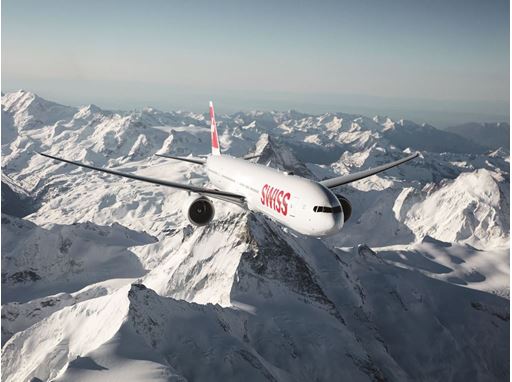 The actions being taken in response to the worldwide coronavirus pandemic continue to weigh heavily on the global aviation sector, including SWISS. The company reports total revenues for the first nine months of 2020 of CHF 1.54 billion, a 61.8-per-cent decline on the same period last year (1st to 3rd quarter 2019: CHF 4.02 billion1)). The operating loss increased to CHF 414.7 million (1st to 3rd quarter 2019: + CHF 489.6 million). Thanks to sizeable cost reductions and an increase in production in the summer months, the operating loss for the third-quarter period was lower than it had been in the second quarter. But with growing travel restrictions and the pandemic’s current rapid spread, SWISS will be further reducing its capacities in its 2020/21 winter schedules. The operating loss is expected to further increase by the end of the year. Stable and standardized parameters are now urgently required to restore confidence in travel.

The actions being taken in response to the coronavirus pandemic continued to impact substantially on global aviation and thus also on Swiss International Air Lines (SWISS) in the 2020 third-quarter period. SWISS was able to gradually restore services – to an extent beyond initial expectations – in the summer months. But growing travel restrictions thwarted the nascent revival in demand from mid-August onwards. Total revenues for the first nine months of 2020 amounted to CHF 1.54 billion, a 61.8-per-cent decline on the CHF 4.02 billion1) of the prior-year period. The operating loss further increased, and amounted to CHF 414.7 million for the first nine months (compared to an operating profit of CHF 489.6 million for the prior-year period).

“Given the paralyzing effect that the various quarantine provisions have had on our customers’ booking behaviour over the past few months, this nine-month operating result is in line with our expectations,” says Markus Binkert, SWISS’s Chief Financial Officer. “With rigorous cash and cost management, we were able to minimize the cash drain in the third-quarter period. And despite the extremely difficult market environment, we are on course in bank loan terms, and our liquidity is not at risk.”

In view of the recent global increases in coronavirus cases and the associated tightening of travel restrictions worldwide, demand for air travel will further decline in the fourth quarter of this year. As a result, SWISS’s operating losses in 2020 are likely to further increase, and for the first time in 15 years the company will report a negative annual earnings result.

SWISS has launched a comprehensive restructuring programme to ensure that it can repay its state-backed bank loans as swiftly as possible and can secure its future viability and competitive credentials. The actions being taken here include deferring all projects and investments companywide that are not essential to business operations. SWISS is also pursuing three socially reasonable courses of action to reduce its personnel costs: a freeze on new hirings, attractive part-time employment models with associated salary reductions and early retirement options. In combination with natural workforce turnover, these should reduce the SWISS payroll by some 1,000 positions over the next two years. The company is also discussing these and further cost reduction measures with its social partners. In a further effort to lower costs, SWISS has also resolved to temporarily withdraw its 28 older Airbus A320 family aircraft for the winter timetable period. The company’s short- and medium-haul winter schedules will be operated solely with its more efficient Airbus A220 fleet and its new-engine-option or “neo” Airbus A320 and A321 aircraft.

Brief recovery in the third-quarter period

Having gradually restored services from June onwards, SWISS also saw an upturn in the demand for air travel, especially to tourist destinations and in the visiting-friends-and-relatives segment. As a result, the airline was able to operate up to 40 per cent of its originally planned programme in the summer months, which was slightly above expectations.

Growing and ever-changing travel restrictions and quarantine regulations extinguished this nascent revival, however, from mid-August onwards. As a result of the expanded production and substantial cost reductions, SWISS’s operating loss for the third-quarter period was lower than the second quarter’s at CHF 148.3 million (Q3 2019: operating profit of CHF 244.3 million). Total third-quarter revenues amounted to CHF 370.5 million (Q3 2019: CHF 1.45 billion1)).

SWISS2) transported a total of 4,315,992 passengers in the first nine months of 2020, some 69.8 per cent fewer than it had carried in the same period last year. A total of 41,294 flights were performed in the period, 64.1 per cent fewer than in January-to-September 2019. Nine-month systemwide capacity was 63.2 per cent down in available seat-kilometre (ASK) terms, while total traffic volume, measured in revenue passenger-kilometres (RPKs), saw a 71.9-per-cent decline. Nine-month systemwide seat load factor stood at 64.2 per cent, 20 percentage points below its prior-year level.

Demand for cargo services remained high. By the end of September, SWISS’s Swiss WorldCargo division had performed over 880 cargo-only flights and transported more than 18,000 tonnes.

Sizeable range of long-haul services thanks to high cargo demand

Keeping Switzerland connected with Europe and the rest of the world remains SWISS’s paramount objective. But a host of travel restrictions and quarantine provisions and a coronavirus pandemic that is raging more strongly than ever are making this increasingly difficult to do. As a result, SWISS’s originally planned flight schedules for the coming winter have had to be substantially downwardly revised. The company currently expects to offer services that amount to 25 per cent at the most of its prior-year capacity.

Thanks primarily to continuing strong demand for cargo services, however, SWISS is able to offer a comparatively wide range of long-haul flights. Since the start of the winter timetable period at the end of October, the company has been serving 16 of its 24 established long-haul destinations, and two more will be added in March. As a result, SWISS is serving a disproportionately large number of long-haul destinations (compared to its sister Lufthansa Group airlines) from its Zurich hub, albeit with fewer frequencies than originally planned.

“We will continue to do everything in our power to perform our mission of keeping Switzerland optimally connected with the world and providing our customers with a safe travel experience,” confirms SWISS CEO Thomas Klühr. “We are unlikely to see a recovery in the air transport sector until this pandemic subsides and the present immigration bans and quarantine requirements are lifted. But if the next summer timetable period is to bring the kind of upturn we desire, we must have parameters in place by then that are stable, standardized and favourable to mobility.”

1) SWISS adopted new accounting principles at the end of 2019 in compliance with those of the Lufthansa Group. Total revenues of CHF 1.47 billion for the third quarter and of CHF 4.05 billion for the first nine months of 2019 were previously reported in November 2019.